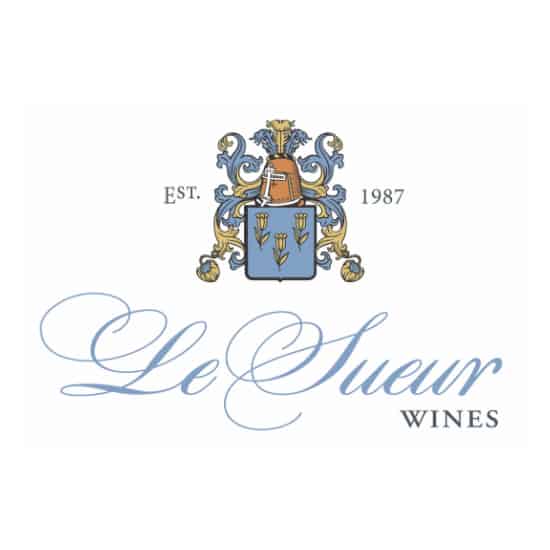 Le Sueur Wines is the dream of winemaker Louis Le Sueur van der Riet. This vision came about in 2006 during his first harvest and became a reality with the release of the maiden vintage of Le Sueur Wines in 2014.

Louis grew up in Kimberley but his love for the ocean led him to seek a career in marine biology. Over school holidays Louis spent some time working on an abalone farm outside Port Elizabeth to gain some insight into the life of a marine biologist, but soon realized that cleaning shells was far from the exiting life of Jacques Gusto and decided to feed his curiosity of wine. At the start of 2006 he signed up for his first harvest at a Co–operative cellar outside Worcester where he was hooked into the art of crafting wine. Later that year Louis did an internship at Silver Oak Cellars in the Napa Valley, USA, and upon his return started with his studies of winemaking at Elsenburg, Stellenbosch.  At the end of 2009 he graduated with a degree in both viticulture and oenology and was appointed as Assistant Winemaker at Allesverloren Estate in the Swartland before the end of 2009. Louis completed three harvests at Allesveloren and at the start of August 2012 he was awarded the position as Head Winemaker at De Krans in Calitzdorp, where he won the SA Young Wine Show trophy of S.A best Cape Port in 2014 and 2018. He was selected as a finalist for Diners club young winemaker of the year twice, won the Old Mutual Trophy Wine Show trophy for S.A best red Blend twice with consecutive vintages and was awarded with 5 – Platter 5 star wines in 7 years.

He has won 3 double gold medals at Veritas for his Port wines and a trophy at Michelangelo for MCC, 2 double gold medals at Rose Rocks challenge in 2 years and 5 national winners at the Terroir Wine Awards over the last seven years.  The trophy for the best Cape Port at Old Mutual Trophy Wine Show in 2015 and awarded the best South African fortified wine award by MW Tim Atkin three consecutive years to name only the most notable. Since Louis followed his dream of crafting unique Klein Karoo terroir wines in 2014 he has also made the Klein Karoo’s first ever Platter 5-star rated red wine with his 2016 Paradoks and received the highest rating for a Klein Karoo white wine by Tim Atkin in 2019 for the 2018 Le Sueur Kluisenaar.